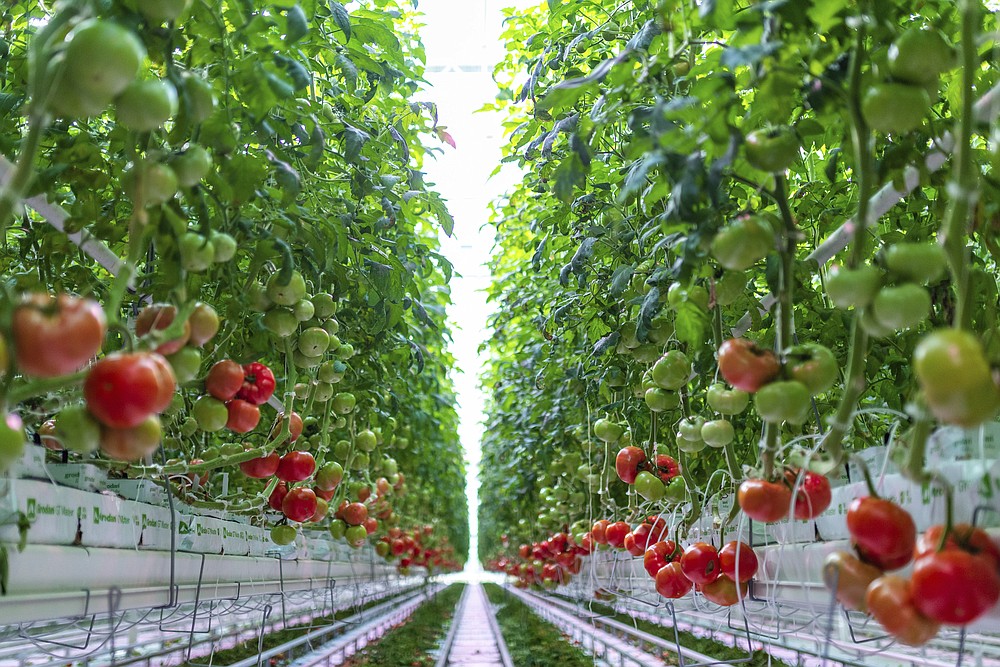 Jonathan Webb used to build solar energy projects for the government. Now the 35-year-old runs one of the largest indoor farming operations globally, growing row after row after row of tomatoes. His greenhouse is the size of 58 football fields.

“When we do something and we put our mind to it, we go massive,” Webb told CBS News’ Ben Tracy.

He calls his farming operation AppHarvest and it’s not just clever tech talk. It is located in Appalachia just outside Morehead, Kentucky.

“Everybody watch out for Central Appalachia. We are absolutely going to be one of the largest fruit and vegetable suppliers in the U.S. in the decades to come,” he said.

Climate change is altering our weather patterns and changing where and how we grow our food.

From 2001 to 2016, the U.S. lost 11 million acres of farmland, mostly to development. That translates to one and a half acres every minute. Across the U.S., only 19% of land is considered “best” for growing food and crops. A lot of the country’s produce comes from California and Mexico. Both places are hit with frequent and devastating droughts. Kentucky has been getting more rain and has location on its side.

READ THE FULL STORY AND WATCH THE CBS THIS MORNING VIDEO HERE.

GREAT VIDEO FROM WIRED: The breakdown of the supply chain and its effect on current retail shortage

How this Farm Equipment Can Change Your Life! ?

The use of Surround® WP product in agricultural crop protection

Why You Should Add Enhanced Calcitic Lime Applications

April 12, 2021
home
categories
account
Chat with Us!
Chat with Us!
Hi there. How can I help you today?
End chat
Connecting...
None of our operators are available at the moment. Please, try again later. Our Live Chat is available during regular business hours Monday through Friday 8am to 4pm EST. Thank you!
Our operators are busy. Please try again later
Welcome to Progressive Grower!
This chat session has ended
Receive the copy of the chat via e-mail
Facebook Twitter LinkedIn Email